Decaffeinated Teas: An Explanation On How Caffeine Is Removed

What? Decaf tea doesn’t come from a special tea plant? As much as we’d all like to think so, decaffeinated tea doesn’t quite work that way.

What Is Decaffeinated Tea?

Decaffeinated tea is a true tea (black, green, yellow, oolong, or white) that has undergone one of several decaffeination methods to reduce the amount of caffeine in tea leaves.

So, is decaffeinated tea really decaffeinated? This is a great question and asked by many tea drinkers, especially those with caffeine sensitivities. Although a tea has been decaffeinated, it still retains trace amounts of caffeine and is not truly void of caffeine.

Where Does Caffeine Come From?

True teas (black, green, yellow, oolong, and white) are made from Camellia sinensis. This tea plant has been around for thousands upon thousands of years and is cultivated by tea growers all over the world. These true teas are the ones that undergo decaffeination.

Trying to understand caffeinated and decaffeinated is confusing enough. Now we will throw a “monkey wrench” into the equation and introduce “caffeine-free.” You are probably thinking, “Now wait, aren’t they the same thing?” They are not the same thing. We are going to dive deeper and unpack everything to make it easier to understand.

Which Teas Are Naturally Decaffeinated?

This is where “caffeine-free” comes into the picture. Most tisanes (herbal teas) are naturally decaffeinated (caffeine-free). Tisanes are made from parts of plants, fruits, or spices.  A tisane (herbal tea) will contain caffeine if it has a blend of true tea (black, green, yellow, oolong, or white,) or if it is made from a caffeine-producing plant such as yerba mate.

Types Of Decaffeinated And Caffeine-Free Teas

To give you an idea of what decaffeinated and caffeine-free teas are on the market out there, we have listed some below and designated whether they are a true tea (black green, yellow, oolong, or white) or a tisane (herbal tea.)

Now we get into the “meat and potatoes” of this article to discover just how true teas (black, green, yellow, oolong, white) have most of its caffeine removed. It’s rather fascinating and something a scientist could sink their teeth into!

Decaffeination is a process that alters the chemical composition of a true tea. Many raised eyebrows go up about now because of the mention of “chemical.” There are four standard methods to reduce caffeine in true teas.

Many tea aficionados claim the CO2 method is the best method because it is believed it does not compromise the flavor. It’s also said that this is safer than other methods that use chemical soaks. CO2 is chemical-free and a naturally occurring element. You won’t find too many tea companies that use this method because of how costly it is to acquire and maintain it. The machinery required for CO2-critical caffeine extraction has a large footprint and can be massive in size.

Tea leaves and carbon dioxide (CO2) come together in a vessel where the extreme temperature and pressure cause caffeine molecules to “adhere” to CO2. The CO2 is removed, carrying the caffeine molecules with it. The molecules that makeup tea’s flavor and aroma are not affected and remain intact with the tea.

So, is tea decaffeinated with chemicals? Soaking methods tend to be more controversial because of the use of chemicals (in two of the three soaking methods), or the tea’s flavor and aroma are said to be compromised.

Surprisingly, there are numerous leading tea brands that sell decaffeinated tea that have undergone this soaking method. A similar chemical reaction to CO2 occurs, causing caffeine molecules to adhere to the chemical solvent by soaking the tea leaves in Ethyl Acetate.

Ethyl Acetate is widely used in the cosmetic, pest control, drug/medication, and food industries. According to PubChem, this chemical is odorous (smells like nail polish remover,) can be bitter, cause adverse reactions and various side effects. These reasons drive more tea drinkers to select a decaf tea that has gone through the CO2 caffeine extraction method.

Methylene Chloride (dichloromethane) is a contentious chemical that has many up in arms about its safety. OSHA notes this chemical has industrial uses that include paint stripper//remover, pharmaceuticals, and metal cleaner/degreaser. PubChem warns of its carcinogenicity, health hazards, and more.

Now we come to an organic method to reduce caffeine, and it’s simply through soaking tea leaves in hot water. The liquid is drained, while passing through a filter, and returned to the tea to reconstitute the oils, aroma, and flavors back into the tea leaves. This method may cause a tea to have a slightly weaker flavor.

Is Decaffeinated Tea Bad For You?

Tea that has gone through the CO2 or water soaking decaffeination methods is said to be safe for tea drinkers. However, the methylene chloride and ethyl acetate soaking methods are questioned by tea drinkers.

Tea drinkers often assume that decaf tea’s health benefits have been extracted along with the caffeine. Some even opt to avoid decaf tea altogether, thinking the tea has no value. However, a tea that has been decaffeinated in a safe method (CO2 or water) not only has the aroma and flavor intact but also has health benefits.

Can I Decaffeinate Tea In My Home?

You can decaf your own loose-leaf tea at home through a hot water soak.

Which Is Safer: Decaf Tea Or Caffeine-Free Tea?

Caffeine-free tea is herbal tea (tisane) which is made from herbs, plants, fruits, or spices. Keep in mind that some tisanes may have caffeine. Some ingredients in tisanes can cause adverse reactions, side effects, interact with some medications or worsen medical conditions.

As for which is better, it’s best to consult with your healthcare provider to determine which tea is safe for you to consume.

To Decaf Or Not?

Decaf teas are very common in the tea industry. For those of us who can’t tolerate (or don’t wish to drink) caffeine, decaf provides you a way to enjoy tea. So, next time you are wondering how tea is decaffeinated, now you’ll know!

Some of our Decaf Teas 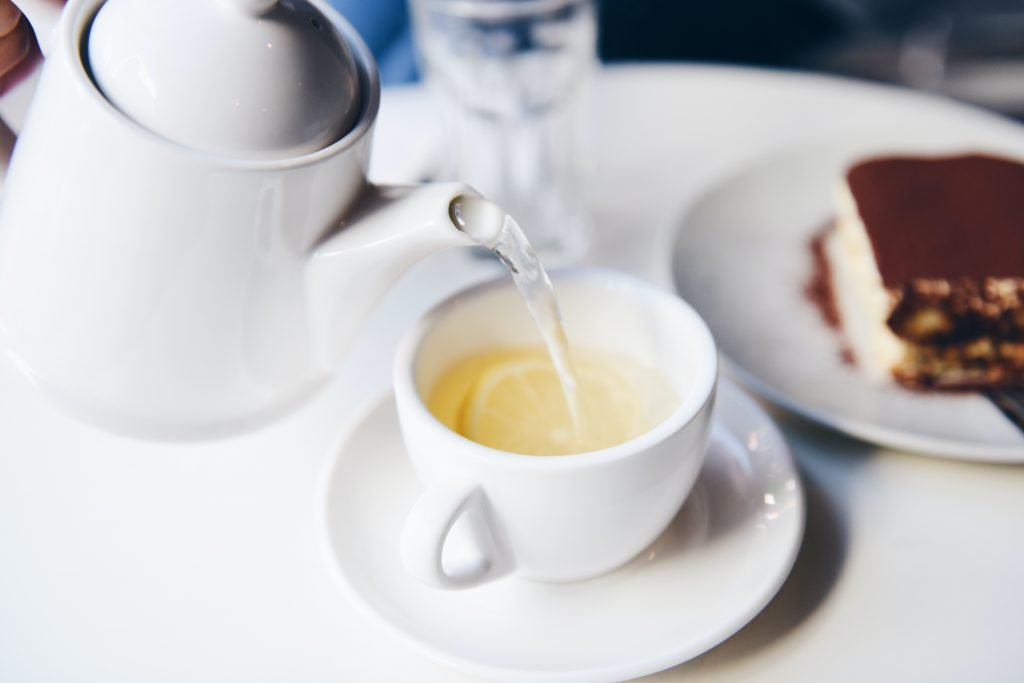 What Are the Benefits of White Tea? 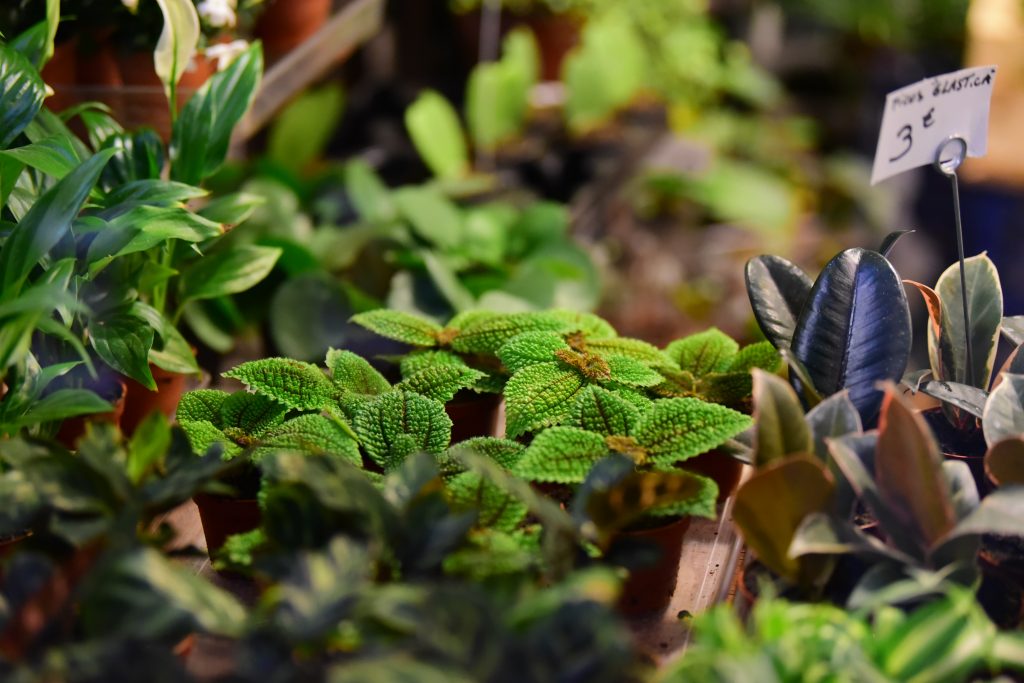 How Do Medicinal Plants Work? 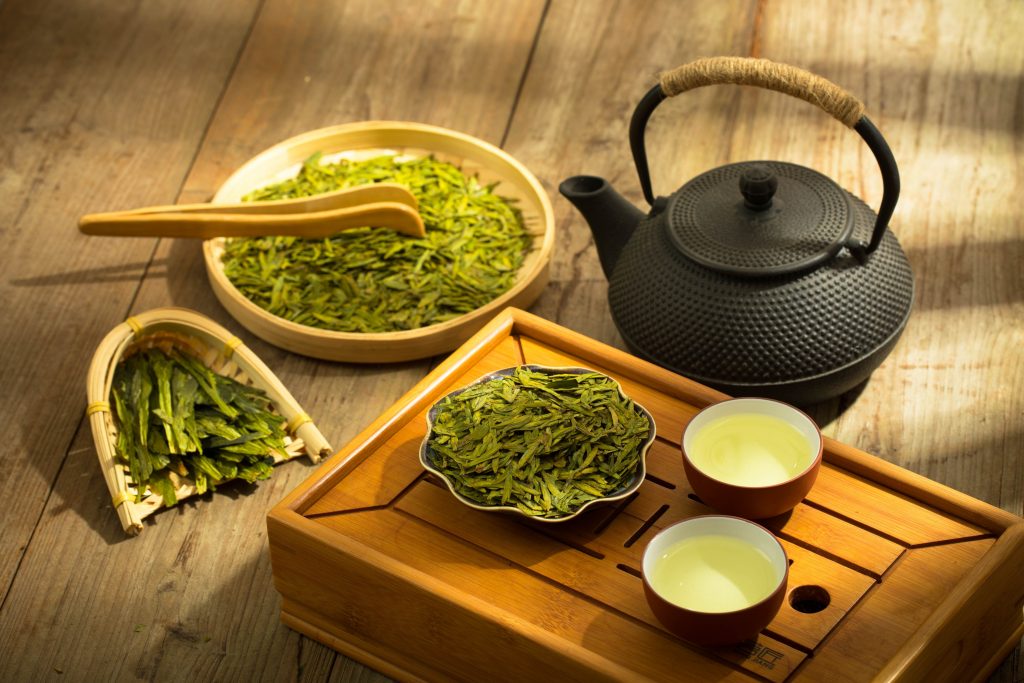 30 Benefits of Green, Oolong, and Black Tea You Didn’t Know About

How to Choose Among the Different Types of Green Tea

It's Never Not Teatime